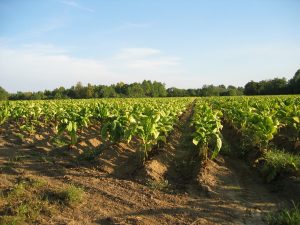 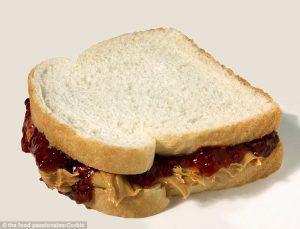 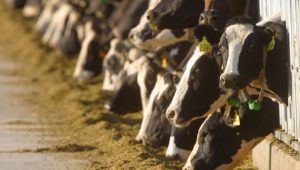 Eating meat is not unique to America, but the amount and the way we eat it is. In an interview on “The Take Away,” Maureen Ogle suggests that European settlers applied their mentality of scarcity to America’s apparently unlimited natural resources. In contrast to scarcity of land and food in Europe, the settlers, by ignoring Native American rights to land, the found a “psychologically stunning” abundance of land and wildlife in America (1). With enough land to raise large herds of livestock, the livestock industry quickly blossomed (2). This, in turn, created a culture in which meat was no longer a luxury but an expectation. When urbanization increased, small farms could not keep up with demands for cheap meat, leading to a shift away from small producers to large-scale meat production (1). With meat widely available and inexpensive, even to city dwellers far removed from farms, vegetarianism didn’t make economic sense. Why live off vegetables when meat, which tastes good (apparently) and is a status symbol in other parts of the world, is so cheap?

Still, America has had its share of vegetarians. In the 19th century, vegetarian diets gained traction among some religious and abolitionist groups, whose members formed the base of the American Vegetarian Society, founded in 1850. Apart from the moral implications of not eating meat, the late 19th century also saw the rise of vegetarianism for health reasons (3). At the Battle Creek Sanatorium, John Harvey Kellogg advocated for “biologic living,” discouraging the consumption of alcohol, tobacco, meat, eggs and spices (4). While Kellogg is probably best known for creating breakfast cereal, he also faced the same problem encountered by many a hungry vegetarian: how to secure enough protein. His solution was also familiar to many a hungry vegetarian: peanut butter.

In 1895, Kellogg invented an early version of peanut butter. His peanut butter was made from boiled peanuts and designed both for vegetarians and patients who could not chew. Around the same time, Dr. Ambrose W. Straub invented a peanut paste and a machine for grinding peanuts (5). While Straub did take his invention to the 1904 World’s Fair, peanut butter remained a specialty product for the wealthy and, in the case of Battle Creek, the wealthy trying to be healthy. For most people, meat and cheese were the cheapest thing to put on a sandwich, not the “peanut and crab-apple jelly tea sandwich” on the menu at high end New York restaurants (6).

The supply of peanuts was relatively small, as was the demand for peanut products. When peanuts were grown on a larger scale, it was for animal feed, not for human consumption. In southern states where peanuts could grow, cultivating cotton or tobacco in monoculture was much more economically productive (7). However, this paradigm changed when the boll weevil began to wipe out cotton crops, causing farmers to scramble for a new cash crop. In a 1916 informational bulletin, George Washington Carver advocated for peanuts as the new cash crop, for both the nutrition of people and the soil. He included clear instructions for how to grow peanuts as well as how to eat them. His recipes included peanut cookies, mock veal cutlets, peanut coffee, and, of course, “a puree of peanuts” with the suggestion that “a generous layer between slices of bread makes an excellent sandwich” (8). While the mock veal cutlets have not stood the test of time, peanut butter and peanut cultivation has.

Peanuts were the ideal plant for many southern farms because, while tobacco depletes the soil of nitrogen, peanuts and other legumes add nitrogen to the soil through the process of nitrogen fixation. Symbiotic bacteria in the root nodules of legumes carry out nitrogen fixation by converting free nitrogen gas to ammonia. If the plants can decompose in the field, they return some of the nitrogen they fix to the soil (9). With an increasing number of peanuts being produced and processed, peanut butter’s popularity grew during the Great Depression as an inexpensive source of calories and protein (10). While all 105 of Carver’s uses for peanuts didn’t catch on, peanut butter and jelly sandwiches did, first as a cheap food source, then as rations during World War Two, and now as the staple food of a certain vegetarian at Frisbee tournaments.

Both peanut butter and meat are very, very American things to eat, but meat continues to be the protein source of choice. Nutritionally, this doesn’t make much sense. Two tablespoons of peanut butter contain 8 grams of protein (11), with whole wheat bread adding another 4 grams (12). A hamburger (the food on offer at the tournament) has 13 grams of protein (13). Environmentally, this doesn’t make sense either, since eating one burger is equivalent to 3.6-6.1 kg of CO2 released into the atmosphere (14), yet meat- eating is still the standard and vegetarianism the alternative. Monoculture of corn and soy, enabled by chemical fertilizers and herbicides, continues to make cheap beef possible, despite the unsustainability of these practices and of raising many cattle in close quarters. Growing only one crop degrades the soil, strips it of nutrients, and allows pests and diseases to quickly decimate huge swaths of land (as in the case of the Irish Potato famine or the boll weevil on American cotton), yet the culture of inexpensive meat is so ingrained in the American habits that beef produced is also ingrained—that is to say, cows are filled with grains, not grass. This meat is higher in fat and lower in protein, yet the American myth of meat abundance continues to fuel a cycle of industrialized cash-crop agriculture. And, in a way, my peanut butter and jelly sandwich is no exception, as it is also born of the monoculture of cotton. Hopefully, our farms and food systems will diversify to include a wide range of crops and dietary habits. But for now, the only option at this tournament is a monoculture and jelly sandwich.