It is a beautiful day on a generic college campus. Students have abandoned their winter attire for skimpier spring garments and are relaxing on the campus hill to commemorate the 70 degree heat. Clouds of mystery smoke fill the air as red-eyed people laugh blissfully and play music at offensive volumes. Frat boys flex their shirtless bodies in hopes of attracting a temporary mate for the evening, the bills of their hats facing backwards despite the blaring sun that is shining in their eyes. A seemingly perfect day. Except for the fact that it is February 24th in Middletown Connecticut, and less than a week ago this same hill was used for sledding atop a foot of snow. The biology majors are sweating bullets, not because of the heat, but because they are afraid.

There are lots of reasons why people don’t believe global warming is real. Political affiliation is one of them. According to Pew Research, 18% of conservative republicans believe in climate change versus 68% of liberal democrats. Since President Trump’s election, conversations surrounding the topic of climate change have become more relevant, and the polarization between political parties more apparent. Global warming has always been a multi-faceted issue, extending beyond the scientific world and into the financial and political realms of people’s daily lives. Therefore it is understandable why a large portion of the population would be skeptical and even resistant to the idea of its existence. Indeed it is an inconvenient truth! Still, it is best to think critically about this issue, regardless of political affiliation, for the sake of the planet. Is global warming a reality or a conspiracy? 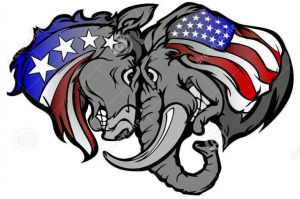 To briefly describe the physical process of global warming, the sun’s radiation in the visible-light frequencies easily passes through our atmosphere and then warms the Earth’s surface. The Earth’s surface then emits heat radiation in the lower-frequency infrared spectrum back into space. Unfortunately, carbon dioxide in the atmosphere does not allow the infrared radiation to pass into space, and so there is a warming of the planet—the more CO2 there is, the more warming occurs. This is why scientists believe the carbon dioxide emissions of vehicles, factories, and power plants are largely responsible for the climate changes we are noticing today. Statistics from the Intergovernmental Panel on Climate Change of 2014 strongly support the claim that global warming is largely anthropogenic. According to their findings, increases in carbon dioxide emissions in the past century are steeper than they have been in the last 800,000 years (scientists can determine carbon dioxide levels from up to 800,000 years ago by analyzing glacial ice samples). This increase occurred around the dawn of the industrial era when humans began burning fossil fuels and releasing gasses into the atmosphere.

Scientists or Large Fossil Fuel Companies: Who is Really Milking the Cash Cow?

Economics is undeniably another factor in what people choose to believe about global warming. Many think scientists only support global warming so they can get financial grants for their labs. Others believe fossil fuel companies want to trick people into believing global warming is a hoax so they will continue to buy their products. The best way to settle this debate is to juxtapose the earnings of the two occupations. Whoever has more money on the line is most likely to lie for it. 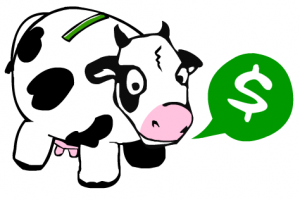 A science researcher might get a 1 million dollar grant for conducting successful research on global warming. In comparison, fossil fuel companies would lose a collective amount of 6 trillion dollars if the world worked toward preventing global temperatures from rising another 3.6 degrees Fahrenheit (1). 6 trillion dollars completely overshadows the sum of any grants that a researcher might realistically get for investigating and publishing evidence of global warming. Mathematically speaking, fossil fuel companies are much more likely to lie about global warming than scientists are.

Another thing to notice when observing this nationwide global-warming debate is the very nature of the two opposing occupations. There is generally an expected level of integrity among scientific researchers. This is not to say that scientists are without their flaws. AAAS produced After the Fall, an article about scientists who lost their jobs for research misconduct. These researchers reported feeling heartbroken, humiliated, and deeply regretful. The article then reports news of a rehabilitation course in Washington University School of Medicine where these researchers “explore why they messed up and learn what they can do to avoid repeating such mistakes (2).” Honesty is the heart of science. When someone in a science field exhibits dishonesty with their work, they are exiled from the community until they learn to do otherwise. On the other hand, an oil company is a business. Its main objective is to sell its product and invest in its earnings. The very function of the company is not reliant on moral integrity, but rather fiscal income. Therefore, it is natural (though not inevitable) that the actions and statements of fossil fuel companies would surpass the tight boundaries of truth in efforts to make and conserve money.

For example, In the November of 2015, the Center for Media and Democracy produced a letter exposing the scandalous relationship between the American Legislative Exchange Council (ALEC) and ExxonMobil. ExxonMobil has been paying ALEC to obstruct legislation aimed at addressing climate change since 1981. Between 1998 and 2014, ExxonMobil paid ALEC a total of $1,730,200, after allegedly having performed scientific research that confirmed that global warming was real. This money is an investment in the mountains of money ExxonMobil could lose if the world worked to reduce its carbon footprint.

And of course, there is the sinking feeling of guilt and hopelessness that follows any conversation about climate change. Many don’t want to accept that we as a human race have done (and continue to do) a colossal amount of irreversible damage to our planet. Millions of people’s lifestyles are dependent on the use and release of fossil fuels, and there is a common misconception that in order to stop hurting the environment, we must all begin living primitively without cars or factory products.

Contrary to this belief, many countries have adopted fuel-efficient technology that still allows them to lead modern lifestyles. For example, the European Union is pushing toward replacing diesel cars with electric vehicles in order to reduce Europe’s carbon footprint. The streets of London are occupied by fast, stylish cars that aren’t harmful to the earth’s atmosphere. The U.S government has no shortage of power or resources to provide these vehicles to American consumers as well. Europe has also been using renewable energy from hydro-power, wind turbines, and solar panels to power people’s homes. If these environmentally friendly pieces of technology were to globally replace fossil-fuel, they could be not only the future of fuel efficient innovation, but also the saving grace of civilization as we know it. 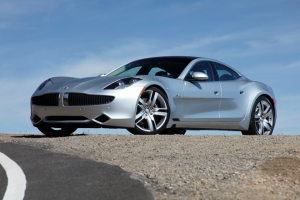