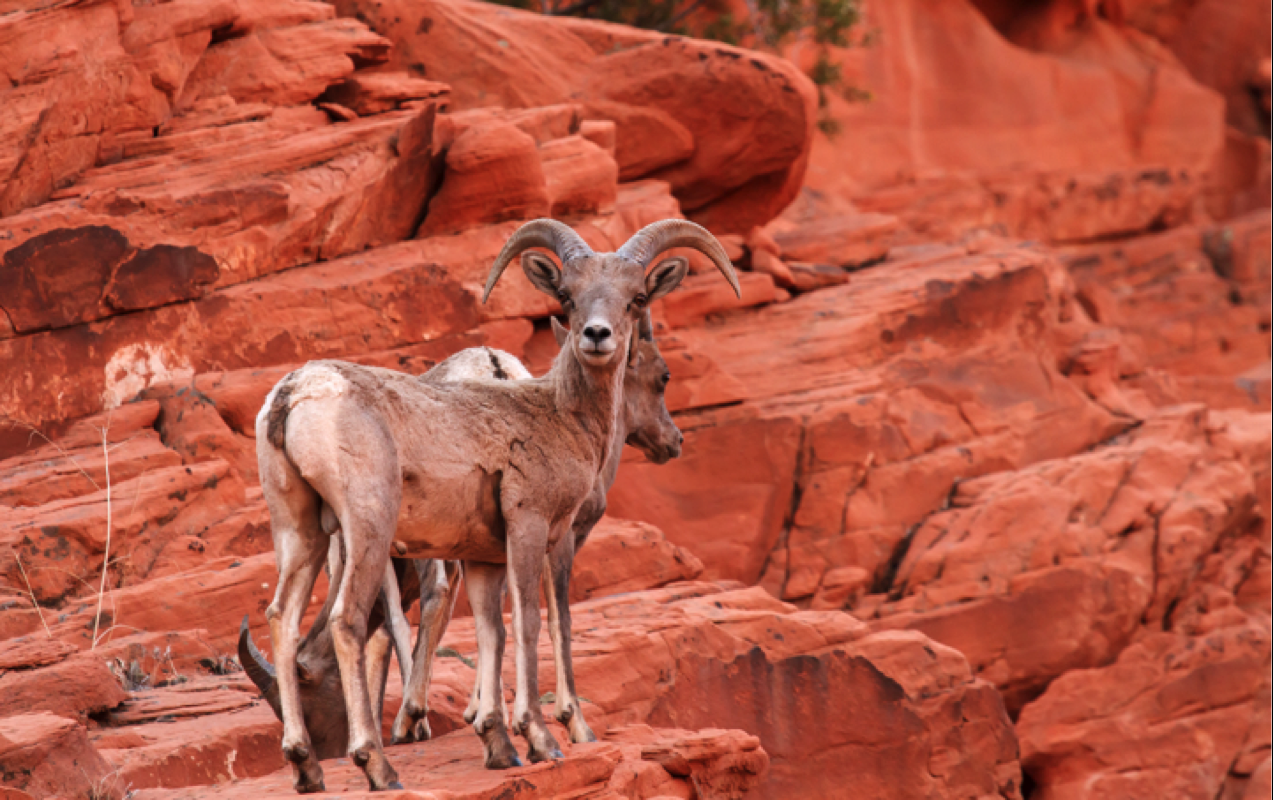 Consider two of the most iconic mammals of Death Valley: the Kit Fox and the Desert Bighorn Sheep. In constant struggle to survive with extreme temperatures and limited water sources, sheep and fox alike must maximize their digestion capacity. When either a Kit Fox or Desert Bighorn Sheep finds food, it passes through its mouth, down its esophagus, into its stomach and then its gut, where microbes begin to break down the food into simple molecules.

Yet despite sharing the same environment, the guts of the Kit Fox and Desert Big Horn Sheep could hardly be more different in both basic anatomy and microbial communities (microbiomes). The Desert Big Horn Sheep eats tough plant matter that is rich in cellulose, usually grasses but also sedges, forbs, and cacti in times of drought—all difficult to digest. In contrast, the Kit Fox relies on fruits (primarily from cacti) insects, and small mammals and birds, all easily digested.

In order to specialize on these diets, the ancestors of sheep and foxes evolved separately millions of years ago, with gut anatomy that became more and more specific to their diets. For instance, the rumen evolved during the Miocene, and ever since has remained a conserved feature in all Artiodactyl (even-toed) herbivores, such as deer, antelopes, cows, camels and sheep. Because no mammal can digest cellulose on its own, the Bighorn Sheep and other Artiodacyls have entered into a mutually beneficial relationship, where the sheep cultivate cellulose-digesting microbes in their rumens. The rumen’s microbiome breaks down the cellulose and other difficult-to-digest plant compounds into simple sugars that sheep and other ungulates can use to make amino acids from scratch. 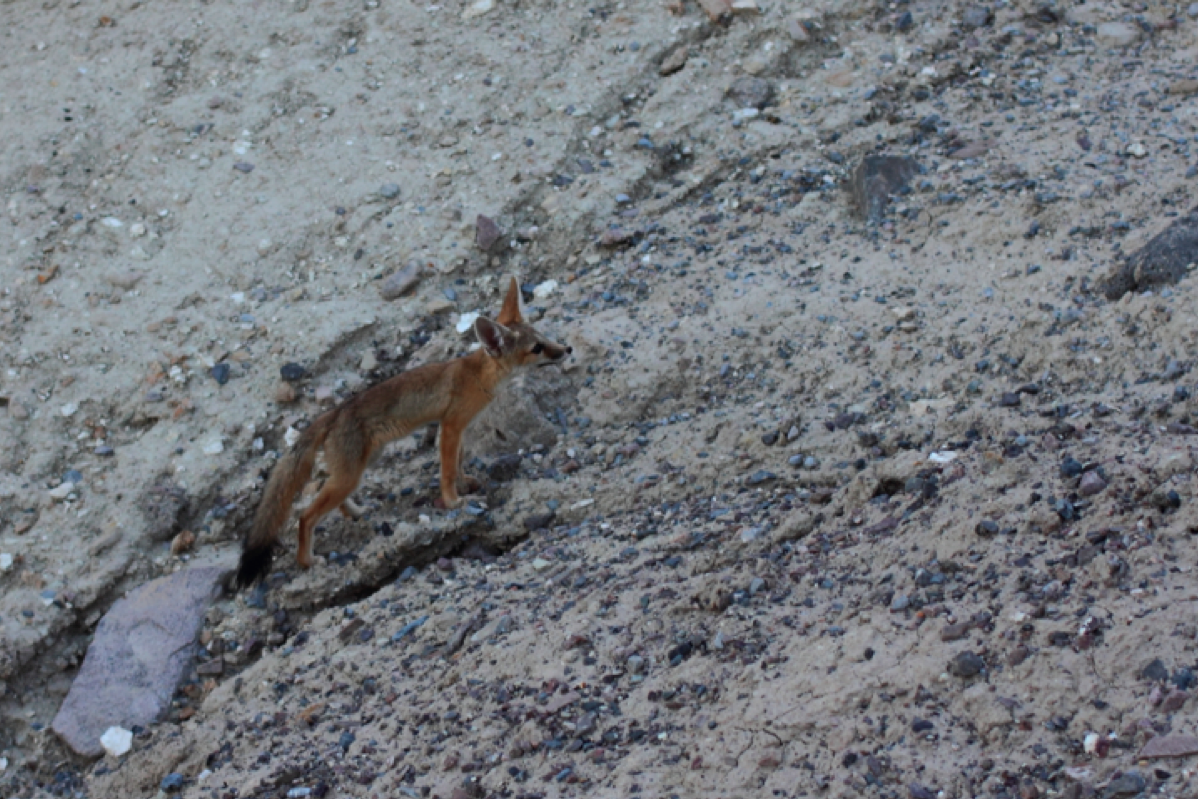 In contrast, the Carnivore lineage, made up of bears, cats, hyenas, otters, and dogs (including the Kit Fox), relies on bacteria that can retrieve already-synthesized amino acids from other animals’ tissue. Without this microbiome specialization, possible food sources would be limited, decreasing the capacity for an animal to evolve and exist in challenging environments such as Death Valley.