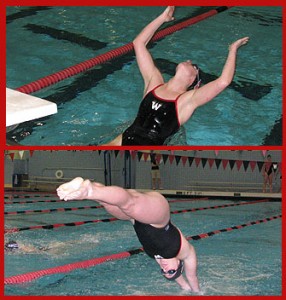 The swim season comes at an awful time, epidemiologically speaking. It runs from November 1 through mid-February and longer for those star athletes competing in postseason. Timed perfectly to coincide with the peak of the cold and flu season!

It’s been known for a long time that moderate exercise helps the immune system fight off colds and flus, but swimmers exercise at anything but a moderate rate. The vigorous, intensive exercise of competitive athletes is known to weaken immunity against the pesky and sometimes dangerous colds and flus. That’s the old news.

The new news (linked here) is that probiotics seem to mitigate the immune-system effects of vigorous athletic training. Hoping you can avoid flus and colds this season!