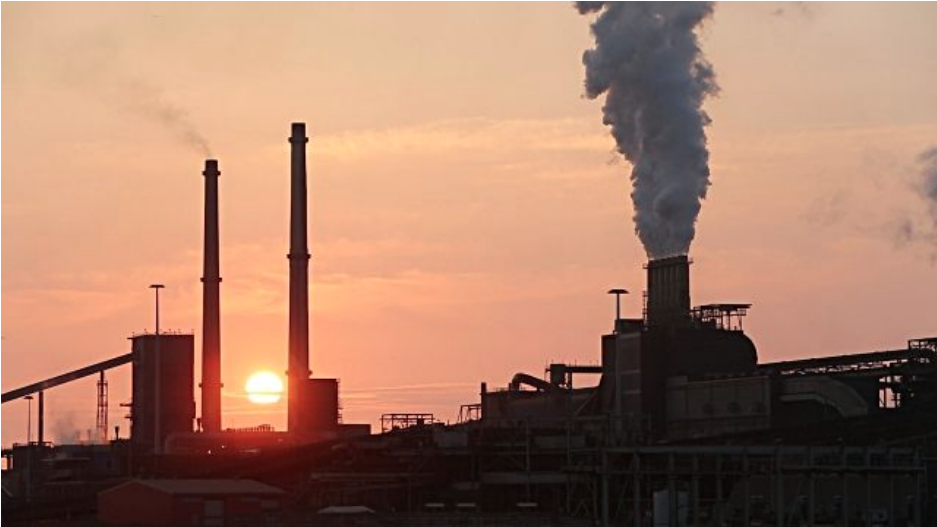 As fossil fuel reserves decline while atmospheric CO2 levels rise, the search for methods of obtaining sustainable sources of energy continually attracts the spotlight. The two primary criteria for assessing the sustainability of fuels are that they 1) are renewable and 2) produce minimal (if any) greenhouse gas emissions.

A recent study undertaken at MIT by Professor Gregory Stephanopoulos et al. proposes a mechanism that seeks to meet these two criteria. The experimenters successfully created a two-step process for converting CO2 (along with a reducing agent of either CO or H2) into lipids that may be used in the production of biodiesel. What’s more, the integrated bioprocess could potentially utilize steel mill emissions (containing both CO and CO2) as the source of gaseous inputs. In the first stage, anaerobic Moorella thermoacetica bacteria convert a gaseous mixture of CO2 and either CO or H2 into acetic acid. In the second stage, the engineered yeast Yarrowia lipolytica converts the acetic acid into lipids.

Previous researchers have developed ways to produce alcohols from CO2 using bacteria. However, the conversion processes were generally inefficient. From a gaseous mixture of CO2 and H2/CO, Stephanopoulos et al. developed a bench-scale integrated bioreactor system that consisted of a 1L glass bubble column bioreactor containing M. thermoacetica followed by a 2-L stirred bioreactor containing Y. lipolytica. The system produced C16-C18 triacylglycerides (an essential ingredient for biodiesel) with a productivity that is scalable enough to work in conjunction with industrial emissions.This was achieved when the bioreactor was continuously fed with a CO/CO2 gas mixture followed by a gas mixture of H2 and CO2. The overall productivity of the integrated bioreactor was significantly lower than the productivities of stages one and two individually; however, the paper suggests that several improvements could be made in order to optimize productivity.

Stephanopoulos and his colleagues developed an innovative method for increasing the volumetric productivity of acetic acid. They found that a CO/CO2 mixture leads to higher cell densities while an H2/CO2 mixture leads to a higher production of acetate. Therefore, they decided to grow the m. thermoacetica culture using the CO mixture and then switch to the H2 mixture once a high cell density was established. However, initially they found that the switch resulted in a decline in cell mass. This decline, they hypothesized, was due to low hydrogenase activity since CO is known to inhibit it. The researchers were able to achieve a successful gas switch (without significant decline in m. thermoacetica) by replacing half of the medium at the time of the switch.

Stephanopoulos et al. suggest that their research can be used, first of all, to create a renewable and cost effective source of fuel. They propose to use waste emissions from steel mills as the initial source of CO2 and CO. The bacterial conversion process is more economically viable for the production of biodiesel because traditionally, carbohydrate feedstocks (such as soybeans and corn) are used in biodiesel production. But growing crops for biodiesel is costly and doing so requires diverting them from their use as a food source. This has already been an issue with corn, since around 40% of U.S. corn is used to produce ethanol. For this reason, biodiesel has not been widely accepted as an alternative fuel source. The bacterial conversion process avoids the costly use of carbohydrate feedstocks by relying instead on steel mill emissions as the input.

Secondly, the paper implies that the process could be used to reduce CO2 emissions. The bioconversion process effectively fixes CO2 : theoretically, for every 100.2 mol CO2 consumed, 49.22 mol CO2 is produced. This ratio can be further improved by recycling the CO2 released during stage two for use in stage one. However, according to the EPA, there is no significant reduction in CO2 emissions when burning biodiesel as opposed to fossil fuels. This means that the bioreactor developed at MIT could potentially be used to offset CO2 emissions produced by the burning of biofuels but would not necessarily result in a cleaner fuel.

As mentioned above, in addition to CO2, CO is also found in steel mill emissions. This means that no outside source of CO would be needed to run the bioreactor. As for H2, Stephanopoulos suggested that it could be generated through electrolysis of water using solar or wind energy. He pointed out that H2 could also be produced from reforming natural gas however this would be costly and it relies on fossil fuels. Stephanopoulos also stated that the microbes are relatively resistant to impurities so little to no filtration of steel mill emissions would be required before the gasses enter the bioreactor (this of course depends on the specific types of impurities present at a particular steel mill). Thus, the two reducing agents needed for the bioconversion process can be procured relatively easily and with minimal environmental impact.

Overall, the system developed by Stephanopoulos and his colleagues has the potential to be sustainable because it may be used to offset CO2 emissions and reduce dependence on fossil fuels. Moreover, the process enables the creation of a renewable fuel source without impacting food crops.