Each year, almost 3 million people from around the world make the journey to northwestern Montana’s Glacier National Park. One of Glacier’s most popular destination points is Iceberg Lake, whose icy waters have enticed hundreds to jump in (many miles from medical care!). For visitors who take the plunge, global warming seems far away, yet it can actually be seen here – right under the visitors’ feet. 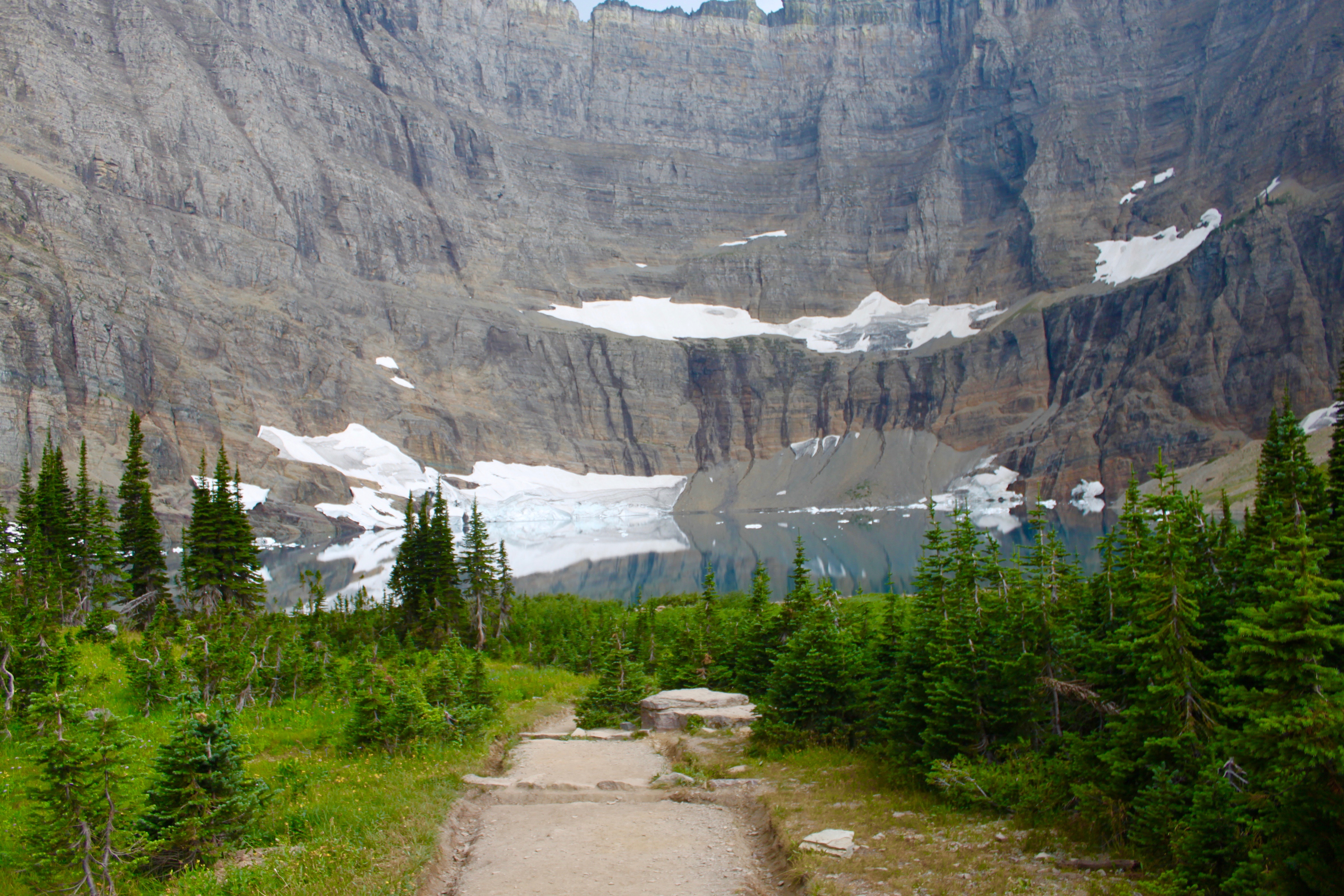 Didymo (Didymosphenia geminata) is an invasive, fresh-water alga (colloquially referred to as “rock snot”) that is way more abundant in Iceberg Lake than it used to be. Most likely due to rising global temperatures, Didymo has gone from being little noticed in Iceberg Lake to dominating its rocky bottom.

Global Warming and Didymo, for that matter, are not just here in Iceberg Lake. Over on the west side of the Continental Divide sit Quartz and Logging Lakes, in part of the most remote region of Glacier. Dr. Loren Bahls, a researcher affiliated with the University of Montana, recently found 163 species of diatoms (a major group of algae) in Glacier’s Logging Lake, with Didymo now the most common diatom there and in the park. The flourishing of Didymo has had a tremendous impact on many species that have called this region home for thousands of years. As Didymo has come to dominate the rocky and sandy bottoms of Glacier’s lakes and ponds, its large blooms have killed aquatic insects by squeezing out their food supply.

Water coursing through Glacier’s west side eventually ends up in the Pacific Ocean via the Columbia River – the largest river in the Pacific Northwest. Higher water temperatures at Glacier and warmer temperatures in general throughout the PNW have resulted in a warmer Columbia. In an article published last year in National Geographic, many scientists expressed concern for the Salmon that inhabit the Columbia River. With Didymo “carpeting” the riverbed, Salmon are prevented from feeding on their normal prey. Through help from bacteria, Didymo utilizes the river’s nutrients (such as phosphorus) and takes over the riverbed from the tiny animals that have historically lived on the smooth rocks.

While many of Glacier National Park’s visitors look towards the mountain peaks to see global warming’s effect on shrinking glaciers, scientists are now looking towards the ground and streambeds of Glacier for the biotic effects of global warming. Because temperatures rise faster in mountains than at lower elevations, harbingers of change with global warming are seen here in Glacier before elsewhere. Didymo is not an auspicious harbinger of the world to come.