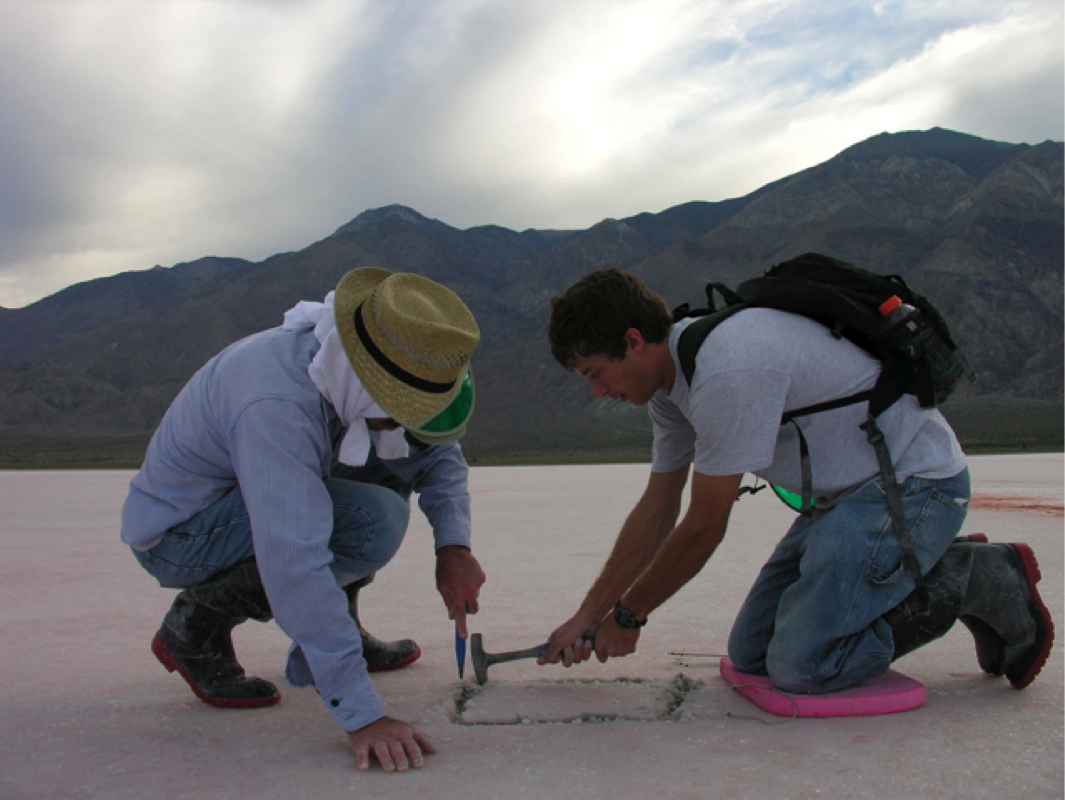 We are Oliver Goodman, Alexa Boesel, and Fred Cohan from Wesleyan University, and here is our next story for Invisible Life!

We all know Death Valley’s Badwater Basin to be a harsh place, covered with a thick layer of salty sediments. What might this salt flat have to do with preserving life?

It would seem not much, until you dig deeper, almost 200 meters. In the 1990’s Tim Lowenstein and colleagues dug a narrow hole that was 186 meters deep and 10 centimeters (4 inches) wide, in the Badwater Basin. The “core” they extracted contained layer after layer of salty and muddy sediments dating back over the last 200,000 years, yielding the history of the Badwater Basin.

Diving into the top (most recently deposited) 90 meters of the core, Brian Schubert and a team of geologists and biologists found that the ancient salt rocks contained small fluid centers (or inclusions), and within these inclusions they found dead microbes going back 100,000 years. Even more exciting, they discovered that some of these intensely salty fluid inclusions had preserved live microbes for as long as 22,000-34,000 years! Upon release from this saline fluid, the cells were still functioning!

As they sampled the core, Schubert and colleagues uncovered stratified saline layers of ancient permanent and temporary lake ecosystems, as well as mud flats and salt pans, over different times. The live cells all came from the salt rock remains of a perennial saline lake that covered Badwater 22,000-34,000 years ago. Aquatic saline environments from other epochs were less likely to create the necessary conditions for keeping cells alive. 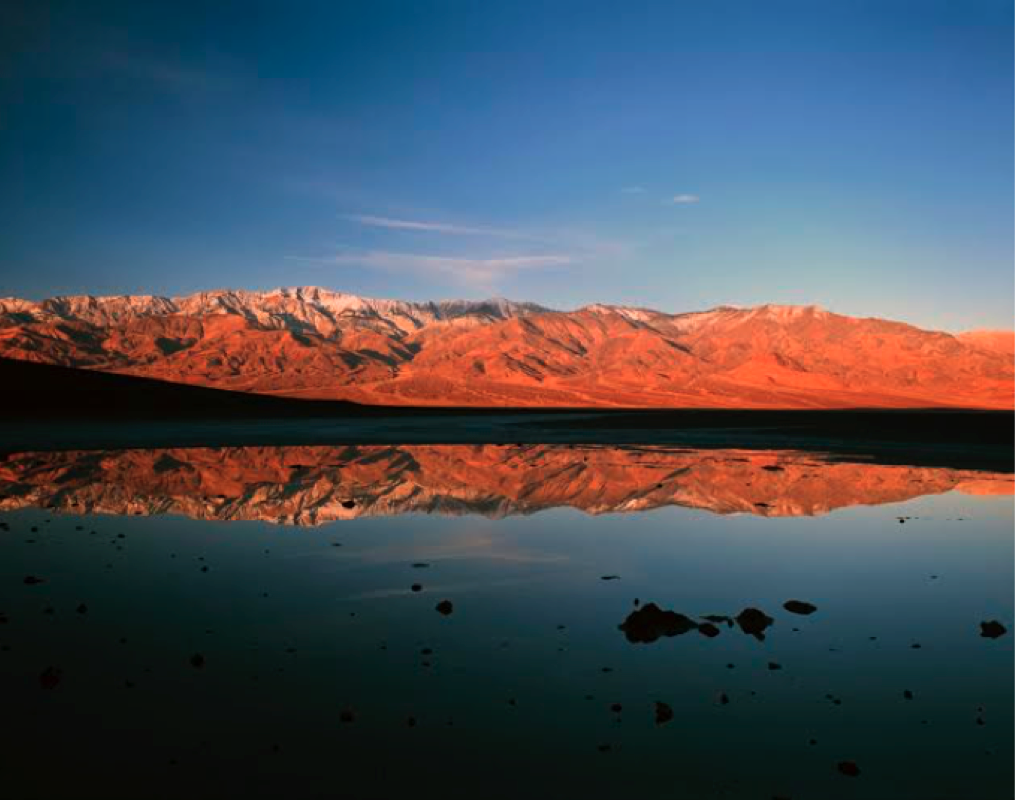 As we mentioned in the beginning of Invisible Life, there are many types of microorganisms. There are prokaryotes, such as Archaea and Bacteria, as well as eukaryotic microorganisms, but prokaryotes are much more successful in extreme environments (for example, those with lots of salt). Indeed, the ancient living cells retrieved by Schubert and colleagues were all members of the Archaea. It is much less likely that we would ever find a 34,000-year-old eukaryotic cell within a salt crystal. While the fluid inclusions within rock salt may not be the key to human, or even eukaryotic, preservation of life, they provide a fascinating record of life! Within just 90 meters of soil depth, scientists can observe prokaryotic evolution through various environmental conditions over at least 100,000 years, all preserved within the soil layers. It is prokaryotic paleontology!