New York City public transportation moves millions of New York, New Jersey, and Connecticut commuters to work every day. If you have ever been on the subway during rush hour, you know how cramped and crowded a subway car can be. Just imagine sardines in a can and that’s what New York is like on a Friday afternoon. People however aren’t the only ones occupying those seats and straps. 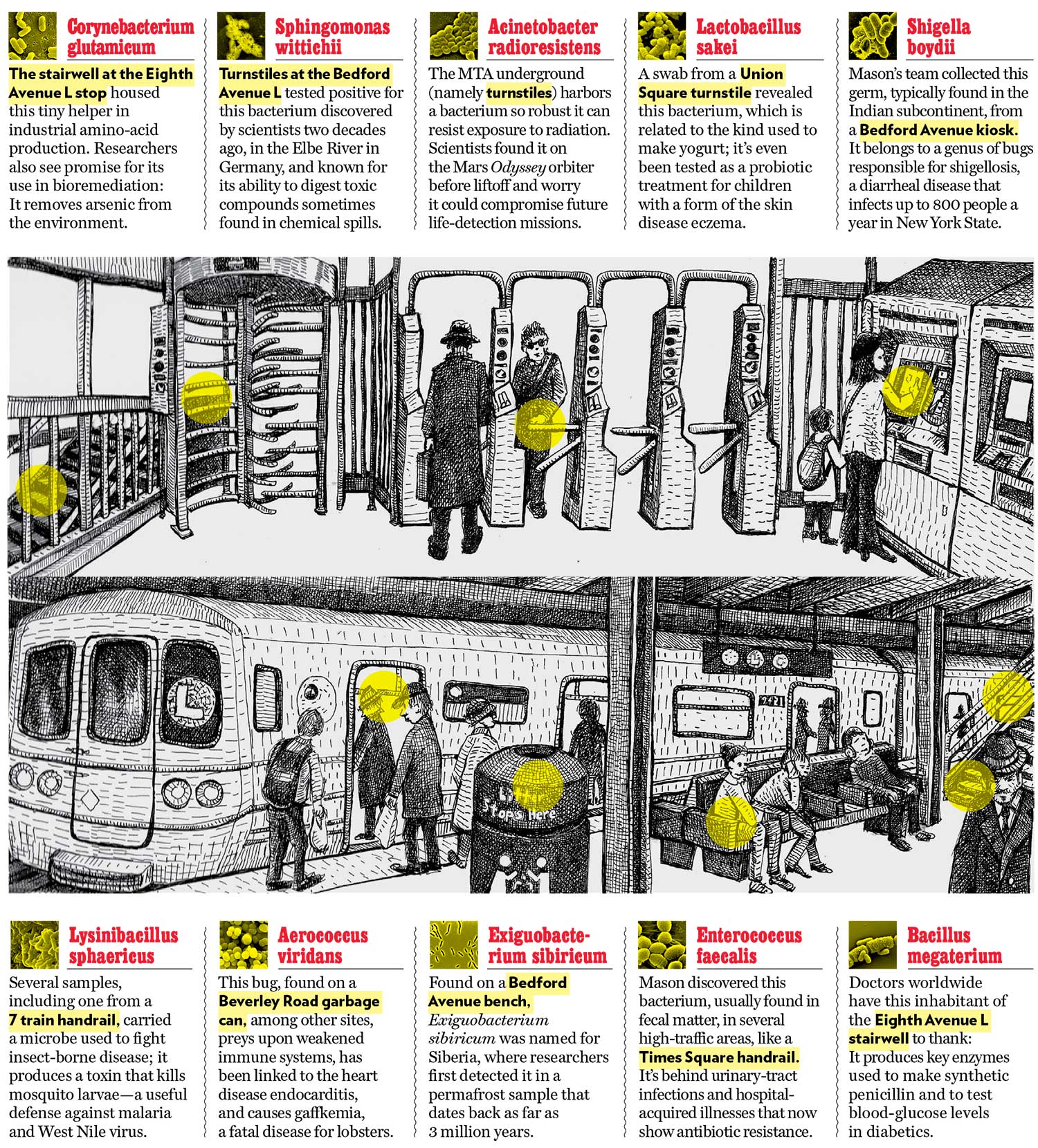 Christopher Mason and his lab at Weill Cornell Medical College swabbed samples from turnstiles, subway seats, and stairway rails throughout New York’s subway system to identify the microbial inhabitants of the subways. In a “metagenomic” approach, the team prepared DNA from the swabbed microbes, sequenced the DNA, and then matched the DNA sequences to known bacteria. The benefit of metagenomic analysis is that it allows for rapid identification of thousands of bacteria from a microbial community without need for cultivating the organisms.

Mason and his crew assembled the geography of subway bacteria to create an interactive map of the subway stops of New York City and the microbes that were found at each location. The map reveals large differences in microbial populations across the subway stations of New York. For example, the bacterial genus Pseudomonas is much more prevalent in Manhattan and Brooklyn stations than in the other boroughs, although no one knows why. Perhaps the microbes of urban public places may yield a new dimension to forensic sciences. In any case, there is still so much we don’t know about the microbes that inhabit the city —half of the bacteria sampled did not match any known organism.

Are the microbes of New York typical for American cities? Mason is looking to apply metagenomics to profiling the subways and other public places in other major cities with the hope to compare and contextualize the microbes found in not only urban but also rural environments.

Although riding with billions of microbes in the subway is not a pleasant thought for most people and especially for germaphobes, it is important to fully understand the vast subway ecosystem. Studies like Mason’s, if carried regularly into the future, will allow us to monitor for environmental disruptions, terrorist attacks, and disease outbreaks. Metagenomicists are fussing over every machine, handrail, and seat to identify the microbes you’re traveling with so you don’t have to.