We are Alexa Boesel, Oliver Goodman, and Fred Cohan from Wesleyan University and here is our next story for Invisible Life!

Mesquite Flats, an extreme environment that resides just south of the Cottonwood Mountains in Death Valley National Park, is home to hundreds of ephemeral sand dunes that have average crests of just over 130 feet. The Mesquite Flats dunes have been shaped by the wind since the last ice age. In addition to being famous for the site in which parts of George Lucas’s Star Wars were filmed, Mesquite Flats is also where our very own laboratory has collected Bacillus bacteria samples and used them in population studies. A recent study done by Eric Prestel and colleagues finds that species diversity in extreme environments like Death Valley’s Mesquite Flats is vast – much more so than we ever thought possible.

But what exactly does live at Mesquite Flats? 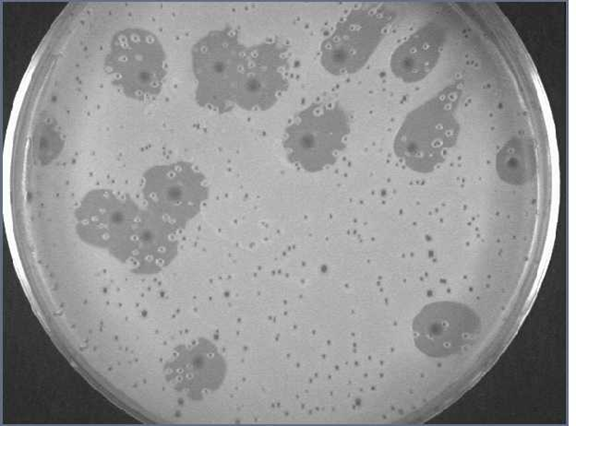 Viruses live here- yet “live” might be too strong of a word. Many scientists debate whether or not they are biotic (living) or abiotic (not living) because they do not in fact have cellular mechanisms of their own. Instead, they co-opt the physiology of their host cell. Using co-opted cellular machinery, they reproduce (with imperfect inheritance), are subject to natural selection, consume resources and in fact compete with each other; so for our purposes we will consider them subcellular, living creatures!

While we understand genome replication in many viruses, we know very little about viral genome composition and or sequences. In fact, 36% of the viral DNA found in Mesquite Flats, was completely unknown. We are increasingly finding that viral DNA may be more diverse than even that of bacteria.

Yet it is not just sequence diversity that makes viruses interesting, it is also that they exist passively in most bacterial cells! When sampling Mesquite Flat soils, scientists found that 84% of bacterial genomes contained at least one (if not more) prophages– a viral genome inserted into the circular bacterial genome that can be induced, becoming active.

Upon their backs to bite ’em,

And little fleas have lesser fleas,

and so, ad infinitum.

In a lab, scientists pour filtered solution over a surface of growing bacteria, allowing only the smallest, viral components through. Bacteria grows everywhere except spots in which viruses have effectively attacks. The strength of viral predation can be estimated based on the size of the dead spot in the lawn. From this, one can imagine an implication for human health practices… Phage therapy!