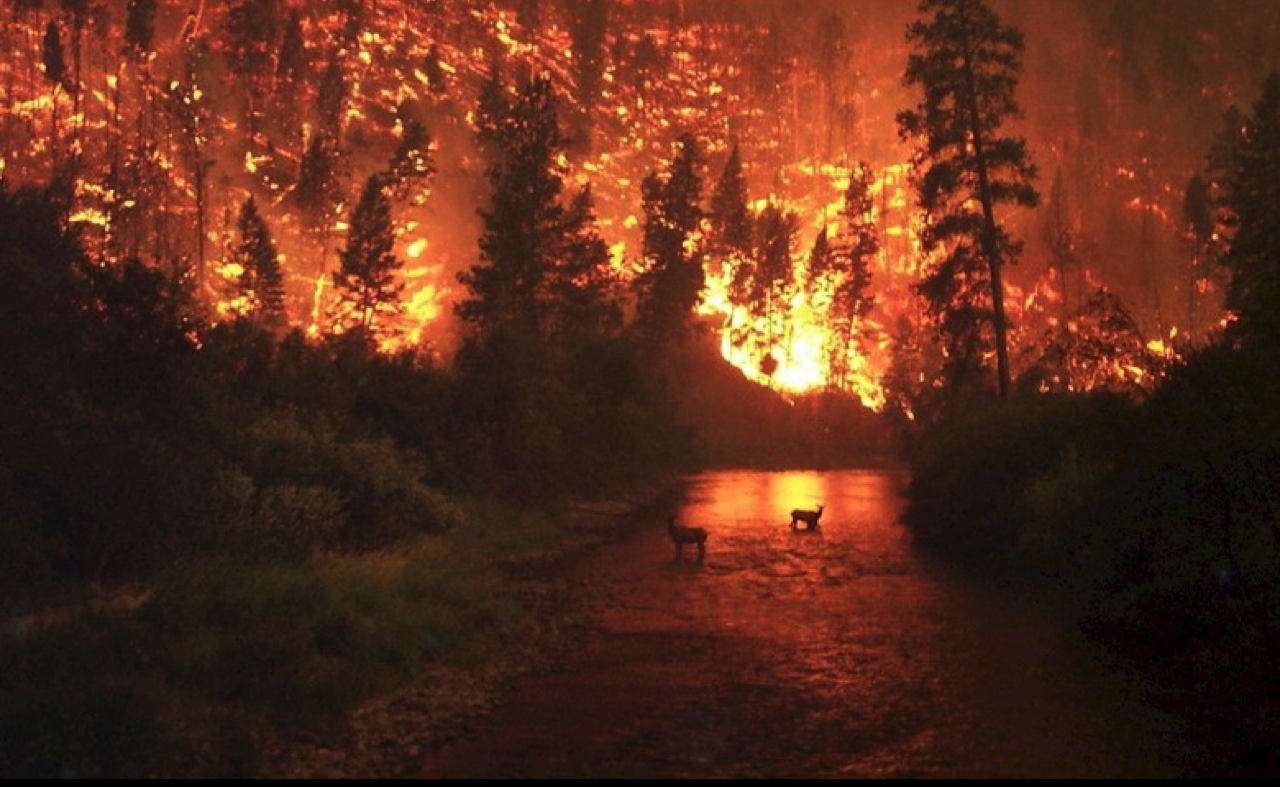 During one hot summer a little more than a century ago, the Great Fire of 1910 ripped through and burned over 3 million acres in Montana and Idaho, killing 86 people in its path. Mixed with humans’ natural aversion toward large fires, the Great Fire fueled the ideology that all forest fires in the West must be stopped. The foresters in the Department of Agriculture created a zero-tolerance policy to fires.

The Smokey the Bear ethic was born!

This total intolerance of fires, however, had its cost. In the summer of 1988, a superstorm of fire burned down 800,000 acres of Yellowstone National Park. Due to fire suppression efforts over the twentieth century, a thick layer of dead, organic material had amassed throughout the Snake River Plain—leading to a fire complex so intense that even the plants naturally resistant to ordinary fires were burned to death. The Yellowstone Fire encouraged conservationists and forest ecologists to explore the idea that just because humans do not thrive in the extreme environments of fire, other parts of the ecosystem may. For one thing, low-intensity, frequent fires prevent “super fires” by incinerating the dead material that builds up on the forest floor. Additionally, there are whole, “fire-following” communities of organism that thrive only after a fire. When we suppress fires, we are also suppressing these post-fire communities. 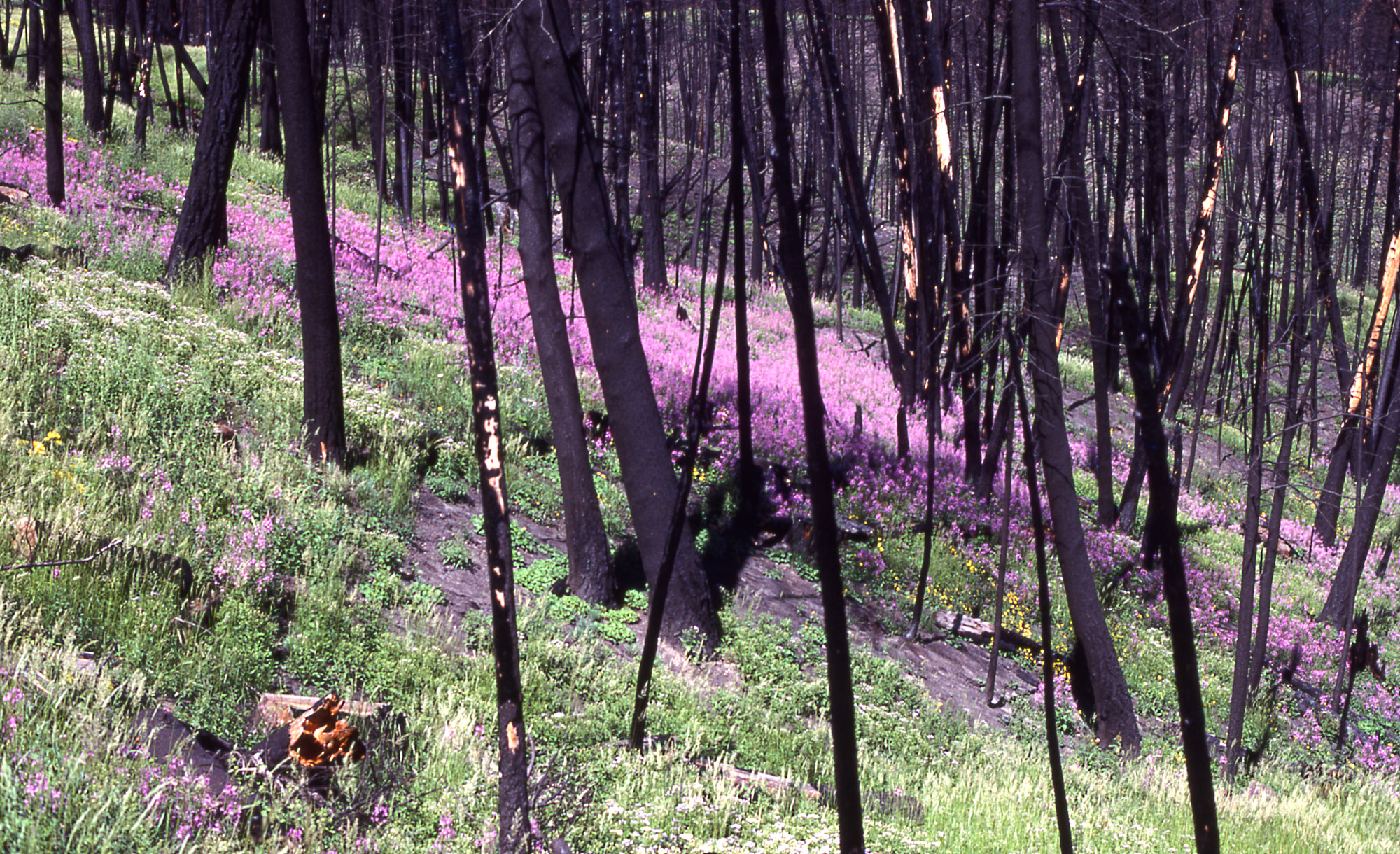 As a fire sweeps through, apparently destroying everything in its path, something beautiful happens—often in as little as two-to-three days. Bear Grass is quick to pop back up and eventually grows up to six feet. By next season, a luscious spread of wildflowers that have been dormant since the last fire covers the forest floor. The extreme environment of fire benefits a whole community we are usually not even aware exists. Humans, on the other hand, do not benefit from fire and other extreme environments, so it takes a bit of rethinking to conceptualize an organism that can love something so deadly to us.

Among the most extreme of Earth’s environments are Yellowstone’s hot springs. Because humans tend to underestimate life’s ability to exist in extreme environments, these hot springs were considered too harsh for life. Even microbiologists of the 1960s commonly accepted that bacteria (or anything, for that matter) could not live in extreme temperatures.

However, this changed with a vacation visit to Yellowstone in 1965 by Dr. Thomas Brock, a microbiologist at Indiana University. He became infatuated with the colors of Yellowstone’s hot springs and became convinced that the pink gelatinous masses in the springs were biological—that the common standard of life’s limits was wrong. He then placed a glass slide in a hot spring, watched these microbes take hold and grow, and took what he found back to his lab, to begin growing microbiology’s first cultures of thermophilic bacteria. 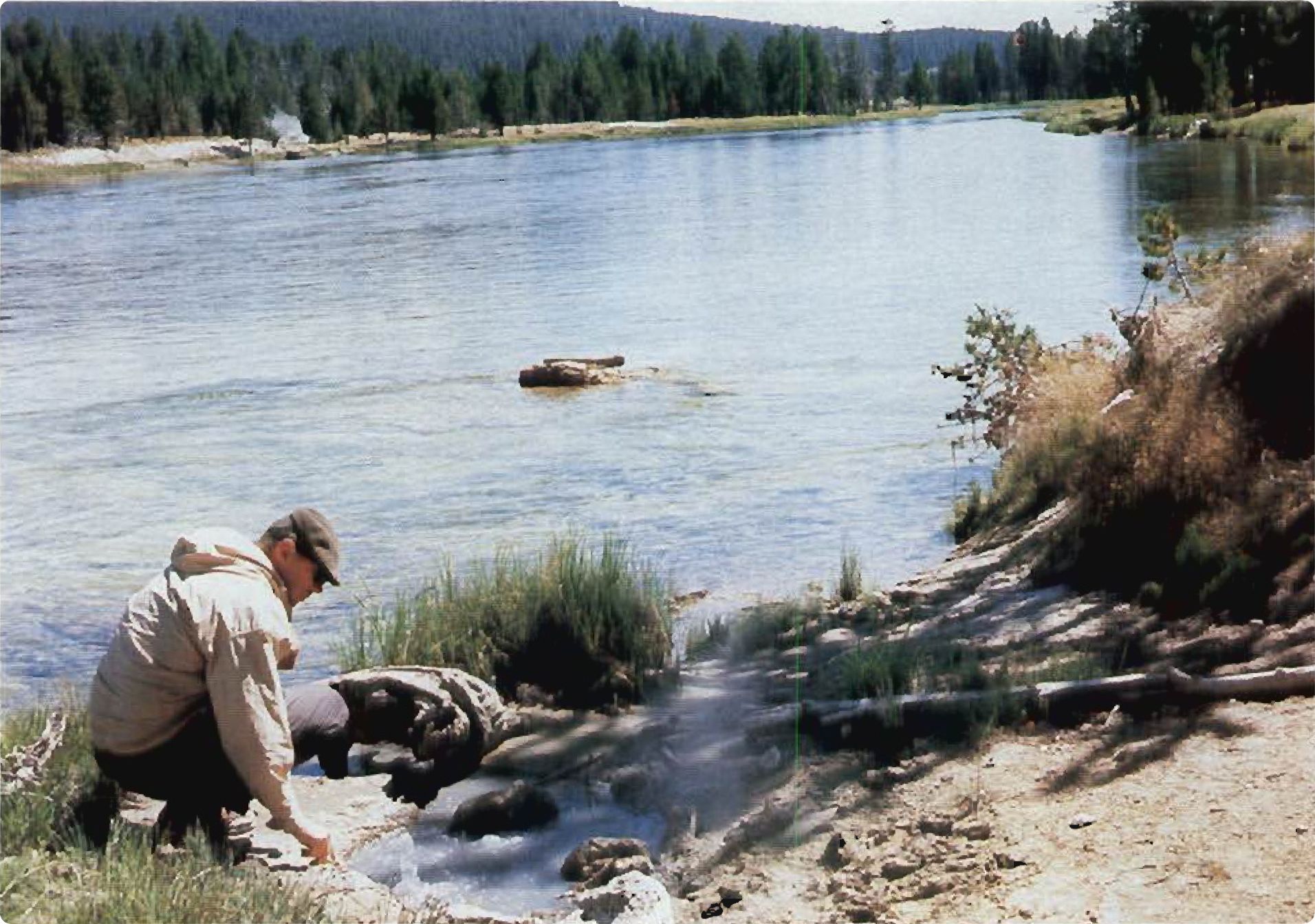 Today—nearly 50 years since Brock’s first trip to Yellowstone—the Thermal Biology Institute, an organization of Montana State University, is dedicated to studying the thermophiles found in Yellowstone. Based on previous findings, the Thermal Biology Institute believes that these microbes hold the keys to furthering our progression on everything from alternative energy, to medicine, to agriculture.

A bacterial species cultivated by Brock from the Lower Geyser Basin, later named Thermus aquaticus, became the best-known species living at such extreme temperatures. Most importantly for biotechnology, this species uses a highly thermostable DNA polymerase enzyme to copy its DNA in extremely high temperatures. This enzyme from T. aquaticus led to an easy, simplified version of a critically important reaction in molecular technology—the Polymerase Chain Reaction (PCR). The PCR process allows researchers and students around the world to easily reproduce any targeted segment of DNA in large quantities, and is used widely throughout all areas of biology and biotechnology. Thus, a pink glimmer in a pool of steam and a microbiologist’s rejection of what was already “known,” led to a process still on the forefront of research in biotechnology.

In the extreme heat of Death Valley National Park, one of the most common questions the rangers are asked by visitors is, can anything live out there? Not easily, at least from a human point of view! It turns out that many biological communities in Death Valley are challenged both by heat and geochemical stressors (like high concentrations of salt, copper, lead, tin, and other metals). We recently re-posted one of our features (originally published last March) that explained how Death Valley communities of bacteria that thrive in geochemical stressors could help scientists find life on other planets (specifically, on Mars). Researchers are looking into the traces of organic molecules these microbes leave behind, often referred to as “signatures of life.” For example, bacteria in Death Valley’s geochemically-stressed Badwater pool (at 282 feet below sea level) produce a compound called Rosickyite, which could be a target molecule in the search for life on other planets. If life cannot only tolerate, but thrive in the extreme environments of Death Valley and the Yellowstone Caldera, where (if anywhere) should we stop looking for signs of life?

It is hypothesized that the moons of Jupiter (Ganymede, Europa, and Calisto) while very, very cold, may have liquid water and life—possibly very similar to those extremophiles that inhabit Yellowstone—below the icy surface.

While the bison, the grizzly bear, and the wolf are all common symbols of Yellowstone National Park, what visitors often remember is not their glimpses at these large mammals, but rather, staring for an endless period of time at beautiful, multicolored hot springs, geysers, or even vast skeletons of blackened forests that serve as reminders of our changing fire policies. Look beyond what we think we know, not only below the surface, but also, remember to look towards the stars, because, as Dr. Thomas Brock found, life is often thriving in the places where we least expect it.

Some common marine species and their respective, preferred environments:

On speciation in Yellowstone: