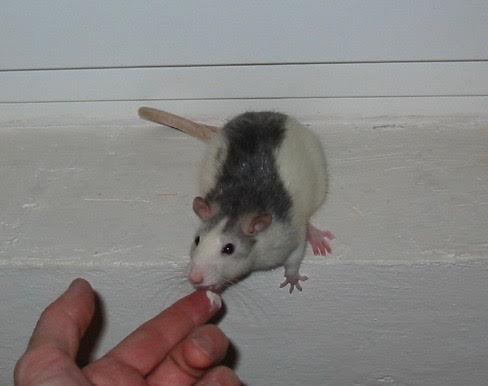 When John Donne proclaimed that “no man is an island”(1), he recognized the connections that bind humanity together. But just as people function socially and spiritually in a world defined by interaction and connection, so do the biological systems within us. The 1,000 species of bacteria that call the human gut home interact constantly with the outside world, but despite frequent visitors, for the most part, the gut community still manages to maintain stability and integrity. So how does the gut microbiota respond to newcomers to their environment?

In a study published in The ISME Journal in March 2016, Chen Hong Zhang and colleagues sought to answer this question by analyzing the clearance kinetics of 5 types of bacteria introduced to the digestive systems of rats.

The initial group of rats analyzed were conventionally raised lab rats, each with a gut microbiome that it had acquired on its own. While these rats all had the same overall species of bacteria in their guts and overall diversity of bacteria, the relative abundances of certain families of bacteria varied randomly among individual rats. The researchers fed all the rats fermented milk product (FMP)—essentially very scientific yogurt—containing Lactococcus lactis, Bifidobacterium animalis subsp. lactis, Streptococcus thermophilus and 2 different strains of types of L. delbrueckii subsp. bulgaricus. Before the researchers began feeding the rats FMP, none of the rats had any of these particular bacteria in their feces, implying that they didn’t have them in their digestive tract either. By analyzing the rate at which the bacteria introduced in the FMP were expelled by the rats, the researchers could determine if colonization resistance differed amongst individuals. Introduced bacteria shed over a longer length of time indicated reduced colonization resistance while bacteria shed quickly indicated greater colonization resistance, and therefore greater ecological robustness, of autochthonous gut microbiota.

Two days into the feeding period, the rats—and their bacteria—started to set themselves apart. At this point, B. lactis and L. bulgaricus could no longer be detected in the feces samples, but in some of the rats, L. lactis persisted. Was there something different about these “permissive” rats?

When the researchers introduced the gut bacteria of both the permissive and resistant rats into gnotobiotic rats, which lack their own autochthonous gut microbiota, the L. lactis clearance kinetics of these rats mirrored those of the original rats, indicating that it was autochthonous microbiota, and not another factor, that led to the differences between permissive and resistant rats.The authors also observed a similar pattern in an earlier clinical trial with humans. In this trial, Lactococcus clearance kinetics differed among individuals. The two groups of humans had different autochthonous gut microbiota, with the permissive humans having a greater relative abundance of Lachnospiraceae, like the rats.

The implications of different clearance kinetics—and therefore different colonization resistance—between individuals may reach far beyond gauging the robustness of an individual’s microbiota with respect to invading yogurt bacteria. Traditionally, colonization resistance by gut microbiota was regarded as a constant barrier to pathogenic bacteria. But, as seen with the different groups of rats, colonization resistance is neither static nor equal among individuals. This study by Zhang and colleagues raises the question of some autochthonous gut microbiota being generally more resistant to any form of invasion, be that from yogurt or pathogens. Prior to this study, pathogenic bacteria were known to interact with autochthonous bacteria, using membrane-bound histidine sensor kinases to interpret signaling between autochthonous bacteria and use that information to fine-tune their attack (3). These pathogenic bacteria also use gasses, short chain fatty acids and organic acids produced by resident bacteria as nutrient sources, thus hijacking the resident bacteria’s activities for their own advantage (4). If some communities are better equipped for preventing colonization by foreign bacteria than others, like the communities in the resistant rats, then understanding how resistant microbiota maintain this high level of colonization resistance could have important applications in disease prevention and treatment.

Complex disorders such as irritable bowel syndrome (5,6) and obesity also have connections to the gut microbiome, so a deeper understanding of clearance kinetics could help inform potential probiotic therapies. In a 2006 study, researchers at Washington University transplanted autochthonous gut bacteria from genetically obese mice to lean germ free mice, causing those mice to gain body fat. In the autochthonous bacteria of the obese mice, the researchers found a higher ratio of Firmicutes to Bacteroidetes compared to in lean mice (7). The success of altering these ratios to a healthier composition would depend on personalized treatment based on the colonization resistance of an individual’s autochthonous gut microbiota.

Viewing the gut microbiome as a dynamic entity opens up exciting avenues for potential medical treatments and also reinforces the concept of the gut microbiota as an ecosystem like any other, interacting with the world around it while still striving for stability. After all, no bacterium is an island.