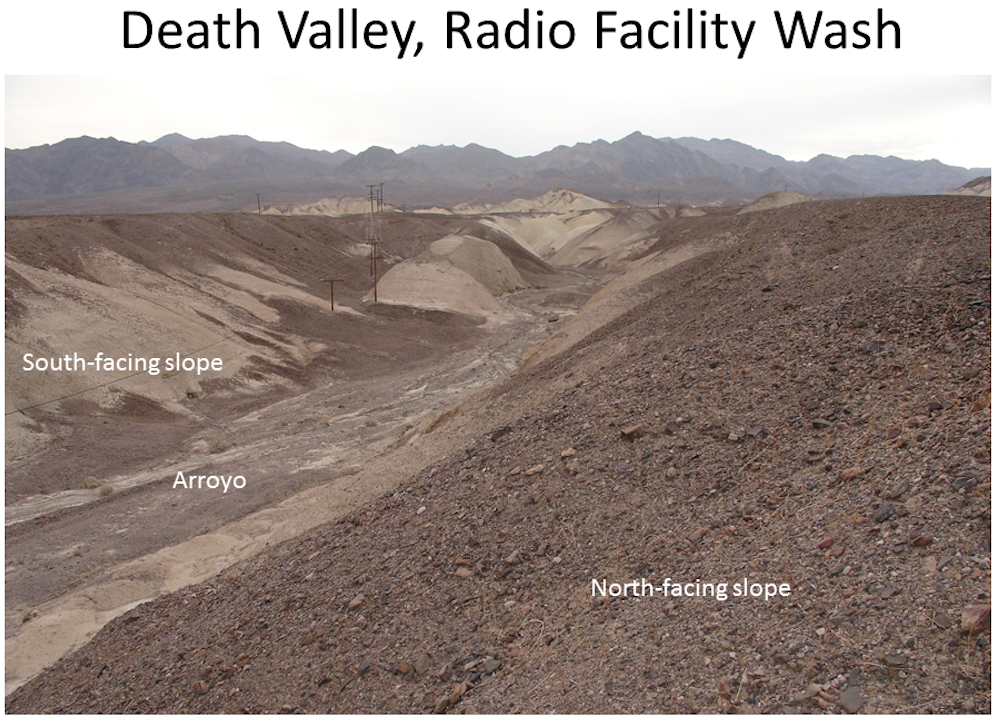 In our last posting, we addressed the controversy over the speed of ecological diversification in bacteria. Some say that ecological diversification is almost a daily process, that every bacterium out there is unique in its ecology; others say diversification is extremely slow, so that we can discover whole swaths of closely related organisms that are ecologically interchangeable. In our recent work on the photosynthetic Synechococcus in hot springs, we found slow diversification, with large species-like groups of interchangeable organisms. Here we present the opposite side of the story, in a paper by my students (Sarah Kopac, Jane Wiedenbeck, and Jess Sherry) and me, in collaboration with the lab of Martin Wu. We found that in the ecological generalist and heterotroph Bacillus subtilis, diversification occurs at an astonishing rate, such that even the most closely related isolates are already ecologically distinct!

We had previously isolated B. subtilis from different solar exposures within a canyon (Radio Facility Wash) on the floor of Death Valley. Based on the pattern of sequence clustering of three genes (that were not involved in ecological diversification), we inferred that our isolates fell into various ecologically distinct populations (or ecotypes). In this previous work, we showed that the various predicted ecotypes were indeed ecologically distinct from one another, based on their microhabitat distributions and their physiological differences. We next wanted to determine whether the predicted ecotypes also had another quality expected for ecotypes—that each should be ecologically homogeneous, such that lineages within an ecotype should not be able to coexist indefinitely.

We assessed the ecological homogeneity within one of our putative ecotypes, PE15, which was associated with gravel soil on the shadier, north-facing slope of the canyon. We analyzed the genomes of five extremely closely related strains within PE15 to look for ecological differences based on gene content. Every strain was unique in its complement of genes, owing mostly to horizontal genetic transfer. Our surprise was that in no case did horizontal transfer yield a novel ecological function! That is, the added genes conferred ecological functions that all the sampled strains of PE15 already had. For example, strain G1A4 gained nine new genes for maltose and maltodextrin utilization, while all the PE15 strains already had the genomic capacity to utilize these compounds. Indeed, we showed that all the strains could grow on maltose, but G1A4 grew the fastest, apparently due to its extra genes. 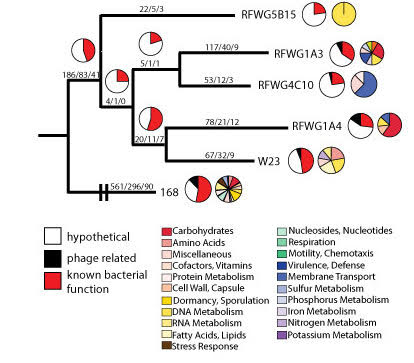 It’s interesting that diversification occurs at such a high rate in Bacillus (and perhaps in many other generalist heterotrophs), even if not leading to indefinite coexistence. Our working hypothesis and tentative conclusion is that in generalist heterotrophs like Bacillus, diversification is easy because there are so many possible organic compounds on which to diversify. In contrast, we expect that photoautotrophs and perhaps heterotrophs with severe constraints on resources (e.g., those focusing on single-carbon compounds) will diversify at a much lower rate. As we mentioned last time, we hope to have more on this soon.